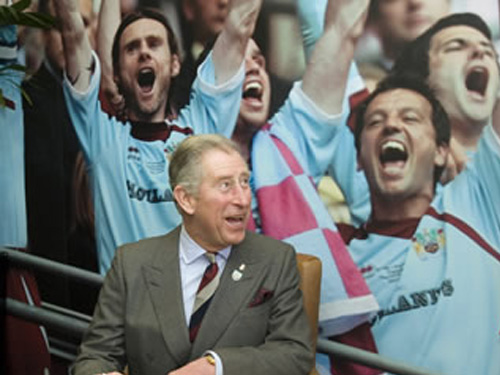 Further to HRH Prince of Wales visit to Burnley on Friday 5th February, Burnley have unveiled ambitious plans for the redevelopment of Turf Moor as part of a project which includes a StadiArena & the country’s first “University College of Football Business (UCFB) in partnership with Bucks New University “.

Clarets chief executive Paul Fletcher is leading the “Premier Plan”, in conjunction with Burnley Borough Council and The Prince’s Charities. And he said: “If you dare to dream, dream big, and this is not just about Burnley Football Club, this is about the whole town of Burnley and potentially leaving a massive legacy brought on by promotion to the Premier League.”

The proposals, which Fletcher expects will take two to three years to reach fruition, would see an innovative “StadiArena” stand erected in place of the David Fishwick Stand at Turf Moor.

In addition to its use for football, the stand would be employed to stage concerts and conferences.

Fletcher said: “On the basis of one idea involving the building of a new stand at the football club, this could become a much bigger idea shared by all parties.”The name of Burnley is now right around the world because of our standing in the biggest league in world football. Our games are beamed around the world and they all now know where we are.

“The trick now is getting people here. The UCFB would do that and allow students from across the world to learn about every facet of the business side of the biggest sports industry in the world”.