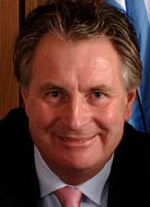 His commercial career in Football began at the infamous, Colne Dynamoes FC in the late 1980’s. Since then as Chief Executive at Huddersfield Town he masterminded the award winning Alfred McAlpine Stadium voted the RIBA ‘Building of the Year ‘in 1995. In 1996 he then returned to his old Club Bolton Wanderers as Chief Executive at the new £40 million Reebok Stadium the BCI Building of the Year in 1998.

In 1999, after two years at the Reebok, he was invited by the FA to become Commercial Director of the new £500 million Wembley National Stadium. After eighteen months, as costs escalated, he controversially walked away from the project commenting that he ‘needed to spend more time with his wife and family in the Lancashire sunshine’.

Within weeks he took up the position as Chief Executive at the £64 million Ricoh Arena Coventry, which is destined to become one of the country’s largest sports and leisure venues.

This includes a 32,000 seater stadium for Coventry City FC, the largest Casino in the UK, 2 Hotels, Exhibition centre, Health & fitness Club and wide range of community facilities. On 1st January 2006 he was invited to join the Board of Coventry City Football Club as Managing Director a positioned held prior to deciding to return to his true passion, sports stadium.

He still lives with his wife and family in the Rossendale Valley in the heart of Lancashire. In the 2007 New Years Honours list he was awarded the MBE for services to Football.

On 1st Jan 2008 Paul returned to Burnley Football Club as Development Director and in July 2008 took up the position as Chief Executive and helped the club gain promotion back to the Premiership in 2009.

In 2011 Paul helped establish the Worlds first University College of Football Business in Burnley, which has since expanded to Wembley and Manchester City FC. Now Paul’s focus is on further developing StadiArena and rolling out licenses across the world. 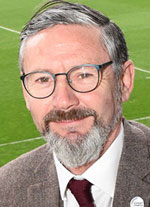 Ian joined the team in September 2007, and brings a strong operational and project management background, with significant appreciation of revenue generation and business development initiatives.

Previously Ian has worked within both the public and private sectors, serving b2b clients throughout the UK and Europe, and between 2002 and 2006 he had considerable involvement with both venture capital and institutional investors, taking several companies from launch through to floatation.

His role within StadiArena requires the ability to adapt quickly to various projects, locations and cultures, focusing on creating financially viable and sustainable business models through innovative design and unique intellectual property.

In 2017, he was appointed as an Export Champion for both the UKs Department of International Trade and the Commonwealth Association and continues to work with these organisations championing the 'Exporting Is Great" campaign.

He is the Chairman of an amateur football club and regularly lectures to BA & MA students on stadium development, legacy planning, mega event management, culture & identity and international business. 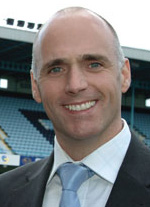 James has over 20 years experience in the construction, land & property market both within the UK and Europe as a founder, Director and owner of ‘The Cassidy Group’, an international Property Development and Investment company with projects valued at between £1m and £100m.

The Cassidy Group specialises in the development of Purpose Built Student Accommodation and Build to Rent Apartments .

James now oversees the Groups interest in StadiArena and provides his vast commercial and construction expertise as required. 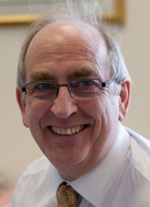 As part of an incoming investment syndicate, Bob joined StadiArena as Financial Director in September 2015.

Bob brings a wealth of accounting and strategic business planning expertise and for nearly 30 years he  managed the accountancy practice he formed in 1990.

Bob qualified as a Chartered Accountant in 1976 with a major international accountancy practice.

He then worked for the Institute of Chartered Accountants in England and Wales as an advisor to their members in respect of their business and professional requirements.

He has many interests outside of the office in sport and charitable activities, committing significant time and effort to raise money to provide disadvantaged youngsters a sporting chance. 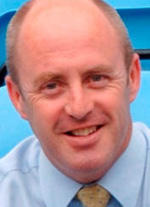 Ken has been directly involved within the stadium/sports industry in both Australia and the UK since 1998. As Managing Director of Bastion Stadium Solutions UK from 2001 until 2005, Ken gained extensive experience in the sales, marketing and management of corporate stadium products including, business club seats, sponsorship products and naming rights across five separate new stadium projects.

He has also led over 11 separate stadium research projects including research for Liverpool FC, Leeds United and the City of Birmingham’s bid for the National Football Stadium in 2002. Since his entry into the stadium business, Ken has achieved sales of sporting related sponsorship, naming rights and membership product in excess of £70M.

In Jan 2006 Ken took up the post as Commercial Director of Coventry City FC in order to gain an inside perspective into the day to day machinations of a leading football organization.

In mid 2008 Ken left CCFC to take up consultancy roles with several other leading UK clubs and he has since established StadiMax, an international consultancy firm with the expertise and experience to advise clients on how to successfully deliver a new stadium with the principal aim of maximising revenue and long-term sustainability. 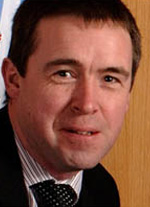 Mal is an accountant with over 20 years experience within the banking, textile and football industries.

Joining Everton FC in 1995, Mal was initially employed as the Club’s Commercial Accountant prior to becoming the assistant Financial Controller. In 1999, he became Everton’s Business Development Manager working with international and national brands such as Puma, T-Mobile (One 2 One) and MBNA.

In 2001 Mal was invited by Adam Pearson, new Chairman for Hull City AFC, to join him as Finance Director on the executive management boards of both the Football Club and the Stadium Management Company. During his five years in the role the Tigers enjoyed ‘back to back’ promotions from League 2 to the Championship and record period of debt free growth for both companies.

The Club also moved home during this period to the award winning KC Stadium.

In 2006 Mal was invited to join the board of Coventry City Football Club and take up the role as Financial Director for the Sky Blues. As part of a three man senior management team with Paul Fletcher and Ken Sharp, Mal was instrumental in helping to steer the Club through a challenging period of reinvention from the ground up which included the successful search and takeover by new owners of the Club in late 2007.

Mal has since worked as a financial consultant for a Championship UK football club, and is currently the Managing Director for a very successful League 1 club.