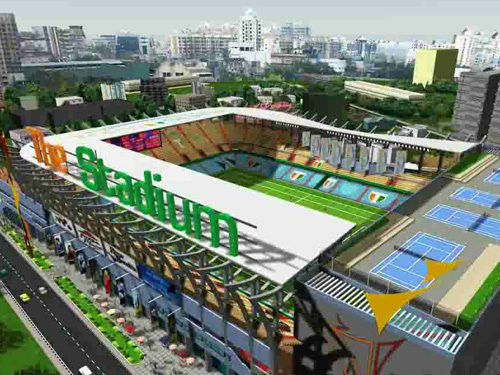 Since the signing of StadiArena’s exclusive Indian territory licence agreement In August 2009, TransStadia have been working hard to gain the necessary approvals in order to start the development of India’s first truly world class stadium.

It is hoped that construction will now commence early 2012 on the 25,000 capacity multi-purpose stadium in Gujarat.

In addition to providing the core facilities for a football club, the stadium will also allow for up to 12 other sports, an academy, members club, gym, retail and commercial units.